In the Detroit Free Press, John explains the Court’s decision in the Masterpiece Cakeshop case. From the piece:

John was also asked to share his thoughts with the Christian Science Monitor. He responded:

The decision didn’t settle the hard questions, but it acknowledged that there are indeed hard questions here and that we won’t do a good job of addressing them if we’re too quick to label either side as “despicable.” In doing so, it invited us all to turn down the heat in the culture wars – a result I very much welcome.

Read his further thoughts in his full Freep op-ed here.

At The New York Times, John explains how to draw a line between some of the cake cases in the news. From the article:

At Slate, John explains why a recent case involving a Kentucky shop that refused to print an LGBT Pride t-shirt was rightly decided. From the piece:

In a Detroit Free Press op-ed, John calls for nuance in reactions to the Orlando shooting:

In Mateen’s case, there’s less evidence of religious extremism inciting murder than of a violent individual reaching for the nearest violent ideology to justify his violent tendencies — tendencies that arose from various causes, both religious and secular . . . . These details matter in formulating a smart response.

At The Philosophers’ Magazine, as part of an issue on “50 New Ideas In Philosophy,” John discusses the emergence and future of LGBTQ philosophy as “applied” philosophy. An excerpt:

[M]uch of what occurs under the mantle of applied ethics is neither applied nor ethics. The word “applied” suggests taking a developed theory and then drawing out its lessons for a particular topic; yet “applied ethics” often invites us to revise theoretical commitments. Moreover, much interesting work in applied philosophy comprises metaphysics and epistemology, as has long been the case. 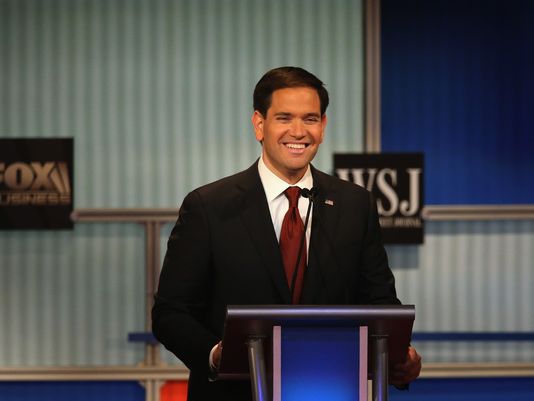 At the Detroit Free Press, I give a brief lesson on the pursuit of wisdom. From the op-ed:

By mocking philosophy, and the humanities more generally, Rubio devalues the pursuit of wisdom: the critical scrutiny of our fundamental beliefs and convictions; the quest to understand the world and our place in it, the exploration of great ideas about reality, knowledge, and value. Judging from our current political scene, we need more of that pursuit, not less.

At CU-Boulder’s What’s Wrong? blog, my colleague Katherine Kim and I consider some of the pros and cons of religious arbitration. From the essay:

At the CU-Boulder “What’s Wrong?” blog, I respond to religious conservatives who claim that anti-discrimination laws that cover sexual orientation strip them of their liberty. From the essay:

Notice that virtually no one would frame these cases as “forcing” the Kleins to be “complicit” in the resulting marriages. That’s partly because there’s greater moral consensus on these other issues. But it’s also because people recognize that baking a wedding cake is not tantamount to participating in a marriage: If it were, there would be a lot of polygamous bakers in the world.

In response to Dan Johnson, who critiques my New York Times piece “Gay Rights and the Race Analogy,” I offer a rejoinder at The Partially Examined Life. An excerpt:

I actually support antidiscrimination laws that cover sexual orientation and gender identity. But I think we need a better argument for them than “because … segregated lunch counters.” In the original post I make a plea for nuance and fine distinctions; that plea is lost on Johnson.

Yesterday at the Detroit Free Press I argued that supporting Kim Davis’s religious liberty doesn’t mean tolerating her refusal to do her job as county clerk. “Religious liberty does not entitle the bearer to line-item vetoes for essential job functions,” I wrote.

In passing I mentioned that she has been divorced multiple times, which shows how inconsistent she is in enforcing Biblical law. Others have made the point more sharply, noting that she became pregnant with twins from husband number three while married to husband number one, in Maury-Povich-worthy twists. Husband number two, who adopted the twins, is also her current, fourth husband.

In response to revelations about her marital history, her Liberty Counsel attorneys have rushed to her defense. According to U.S. News and World Report:

[Attorney Mat] Staver says “it’s not really relevant, it’s something that happened in her past” and that her conversion to Christianity about four years ago wiped her slate clean. “It’s something that’s not relevant to the issue at hand,” he says. “She was 180 degrees changed.”

Casey County Clerk Casey Davis, who is not related to Kim Davis, tells U.S. News he believes there’s a difference between getting a divorce and then repenting and living in a same-sex relationship.

“I don’t have any problem with that whatever, how she was before. If the Lord can forgive her, surely I can,” he says. “That’s something that’s forgivable just like any other sin, but if you continue in it and live in it, there’s a grave danger in that.”

Notice that, in Jesus’ words, divorced and remarried people are not people who did sin (past tense) and then had their slate wiped clean. They are people who are sinning, as persistent and unrepentant adulterers. Why isn’t there “grave danger in that”?

I recognize of course that divorce is sometimes the best option for those in a bad marriage. On the other hand, unlike these folks, I don’t go around trying to substitute “God’s law”–or my own self-serving interpretation of it–for the laws of the state.